Although the InterContinental hotel has existing speakers, they need a control server to broadcast men and women prayer rooms of each floor, receptions, and gallery areas with automatic scheduler, so the prayer can be synchronized with Prophet’s Mosque prayer music which plays five times daily. It was also required to control and make schedule in advance for the purpose of saving time.

The hotel project manager Mr. Hussein Elsheikh commented that “After we installed BXB WMP-2100 PA system, we have been very satisfied and happy with the functions, operational settings and programming options. The next step of the project is to extend all cables and speakers in hotel corridors area and furthermore will be addressing each individual rooms in the hotel”.

This project was executed by BXB dealer, the general manager Malik Al Awaidi from Abu Moammar Company (AMC). We thank for the success of the work and support that is provided to the hotel.

Applications in the Future

The BXB PA system can be upgraded with BXB IP decoders for signage broadcasting, which can use for conference room reservations, event schedules, shuttle bus information and evacuation indicators. 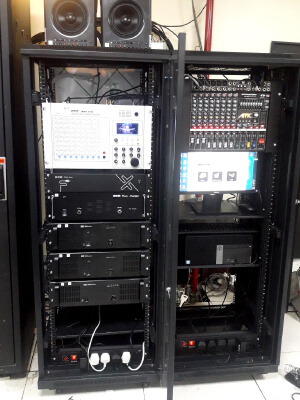